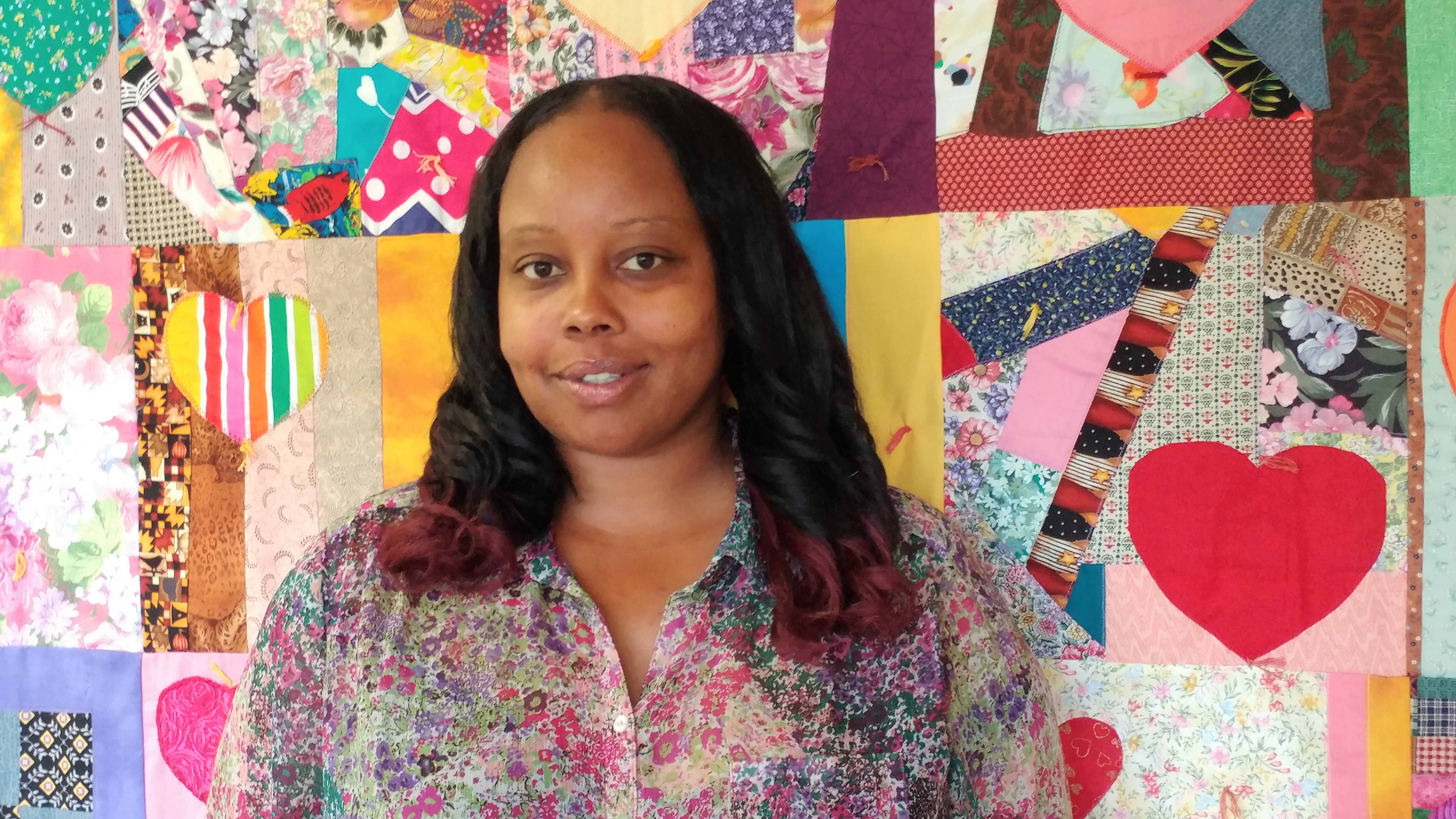 When you meet Latrese Fowler, words that leap to mind are Poised. Engaging. Warm. She says that was not the case when she arrived at the San Leandro Shelter.

“I was depressed and under terrible stress,” she remembers. To make matters worse, she had a fractured foot. Latrese had left her husband because of abuse. For a while, she could afford the rent on her new place. After a dramatic rent hike, she was evicted. Two years of homelessness followed. Being homeless was bad enough. Worse was seeing her son only rarely. When Latrese became homeless, her ex-husband gained custody.

The judge told Latrese that he would change the order if she could show she had a place to live. “My son Cameron wanted to live with me again,” she says. “He’d say angrily, ‘If you cared, you’d get a place to live.’ Rather than feeling motivated, I got more depressed.”

Latrese’s health issues worsened. After an 11-hour surgery on her foot, she contracted an infection, which led to a week’s stint in the ICU. Back at the shelter, her depression was worse than ever. “I’d call my nephew, Edward, for moral support. He’d talk me through it,” she remembers. Shelter manager Genevieve Sotelo encouraged Latrese to try again for custody. “I felt ashamed for my ex to know how my life had gotten,” Latrese says. She swallowed her fear and tried for more time with her son.

The staff at San Leandro Shelter made sure Latrese attended support groups. She was encouraged to make a success plan and stick with it. Her determination grew. Latrese received a little over $300 monthly from General Assistance. With encouragement, she saved nearly every penny. She attended appointments and court dates using public transportation. She reached her goal of saving to furnish an apartment. She also purchased a 20-year-old car for $200.

Building Futures helped Latrese apply and get approved for a Shelter Care Plus voucher. At last, she had a place to call home. “A year ago, I was homeless, depressed, and flattened by medical issues. Now I have a place. Last month, I drove my son to preprom photos at the Rose Garden.” Cameron has graduated and is living with her while he prepares to attend Sacramento State University.

Latrese’s nephew Edward remembers, “She used to call me, crying. Now I call her for advice. My aunt is a testimony: A woman may have her back against the wall, but with the faith of a mustard seed, nothing is impossible.”

Today, Latrese is happy to help her sister, a single mom, by babysitting. “But my biggest pride is my son seeing me rise to my feet,” she says. Her plan for the future is to focus on her health. “I finally feel I’m worth the time. Building Futures helped beautiful things to happen.”

This article first appeared in our Summer 2017 Newsletter.