Back To Home
Articles, Client Stories, Our Impact April 21, 2016 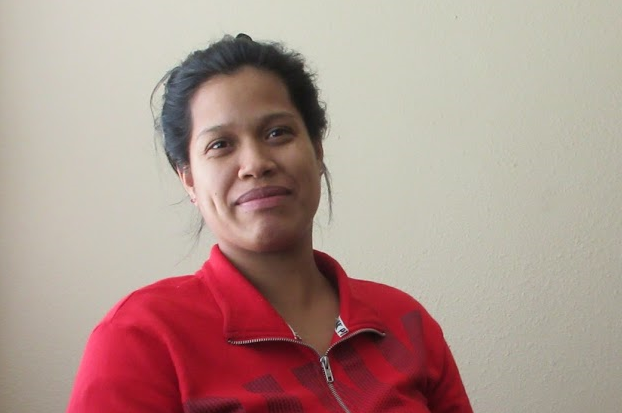 She describes herself as having been a spoiled kid, “the one who always had candy for the whole neighborhood.” The spoiled kid became a wild teen, then an adult who “partied too much.” When Natassia’s drinking destroyed her marriage, she lost custody of her two young daughters. Back at her father’s house, her drinking worsened, causing her to lose a string of jobs. When her father retired to another state, Natassia was left homeless.

With nowhere to go, Natassia lived in her car. There began a period of hopelessness. “That was my lowest point,” she says. “I was really scared. I drank more, just to sleep.”

The day Natassia began living at Midway, her life began to change. She received support for quitting alcohol—but always relapsed. “I missed my daughters so much,” she says. When she learned she was pregnant, her resolve to change grew. “We worked extremely closely with Natassia,” said Midway Shelter coordinator Genevieve Sotelo. “She needed extra help and some very tough talk.”

Natassia quit drinking—for her unborn baby and for her daughters. Soon she was employed as a caretaker for elderly clients.

In February, her application for a small two-bedroom apartment was accepted. She has given birth to a healthy baby girl and has regular visits with her two daughters. She is seeking shared custody of her daughters. Her next goal is to prepare for work as a medical assistant. She is proud to serve as an example of setting a goal and achieving it. “I will never be homeless again,” Natassia says.

When asked the best thing about having a place to call home, she answers without hesitation. “Fixing breakfast,” she says. “Preparing pancakes for my kids, in my own kitchen.” Natassia continues with emotion, “I would say to anyone who needs help: If you put your mind to it and work hard, Building Futures won’t give up on you.”

This article first appeared in our Spring 2016 Newsletter.