Back To Home
Articles, Client Stories, Our Impact, Spotlight August 30, 2019 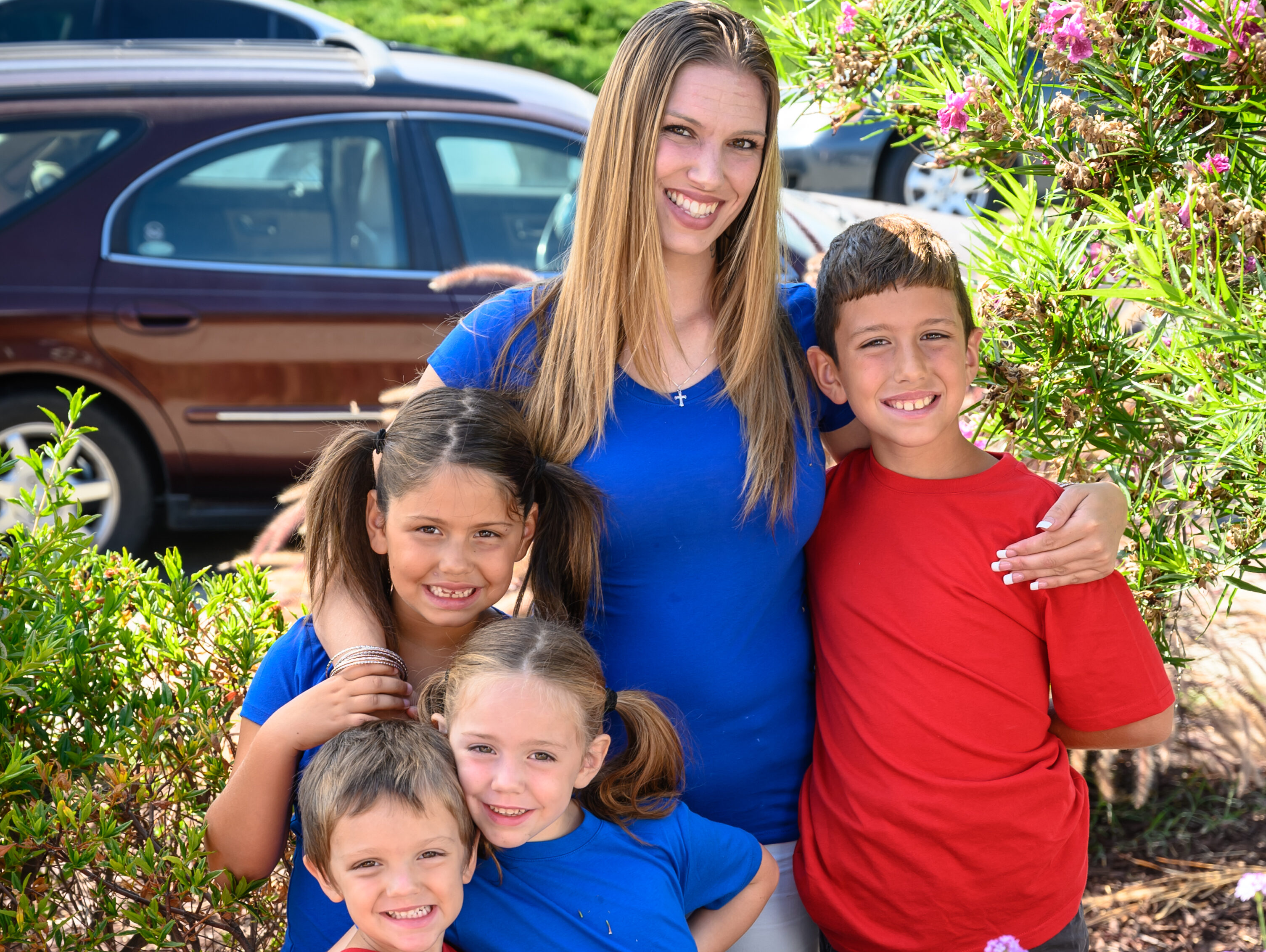 Ten words changed Sophia Campos’ life. The police had been summoned again to the home she shared with her four young children. Her ex-husband was back, controlling and violent. Too often, the children had served as silent witnesses. But Sophia— a former foster child who had never finished high school—was completely dependent on her abuser.

“Do you want to stay here or come with us?” the responding officer asked.

Sophia’s first thought was, “I can’t take my kids to a shelter.” Then she looked at their faces. “Yes, we’ll come,” Sophia said.

Sophia and the children were brought to the Shelter. At first, they felt scared and overwhelmed by shelter life. “I told them we would be all right. They needed to trust me.” Sophia says her faith helped her focus her attention on her children and on success. Shelter staff provided structure in the new environment, supporting Sophia as she kept schedules organized. Staff also gave the children age-appropriate tasks and rewards.

Building Futures helped Sophia to get full custody of her children. Sophia earned a certificate in administrative assistance, then tackled her GED. Next, she started college classes toward an associate degree in interior design. Sophia’s case manager also worked with her to apply for a Section 8 housing voucher, and provided her with the security deposit. After she was awarded the Section 8 voucher, Sophia combed rental ads for days to find a suitable rental. The big test would be convincing a landlord to accept her and her children— and Section 8. To prepare, Sophia and her case manager role-played the landlord interview.

The very first landlord Sophia spoke with accepted her as a tenant.

Now the family has a place to call home. The modest rental even has a lawn, something Sophia says she prayed for. Recently her oldest son set off the fire alarm. The responding officer was the same one who had brought Sophia and the children to the shelter. She was proud to show him her home. “Look what Building Futures did for me!” she said.

“Every day I look around me in gratitude,” Sophia says today. “I’m grateful for all that happened and all we received.” Building Futures congratulates Sophia for her determination and hard work!

This article first appeared in our 2018-19 Annual Report.